Why Do We Carve Pumpkins on Halloween 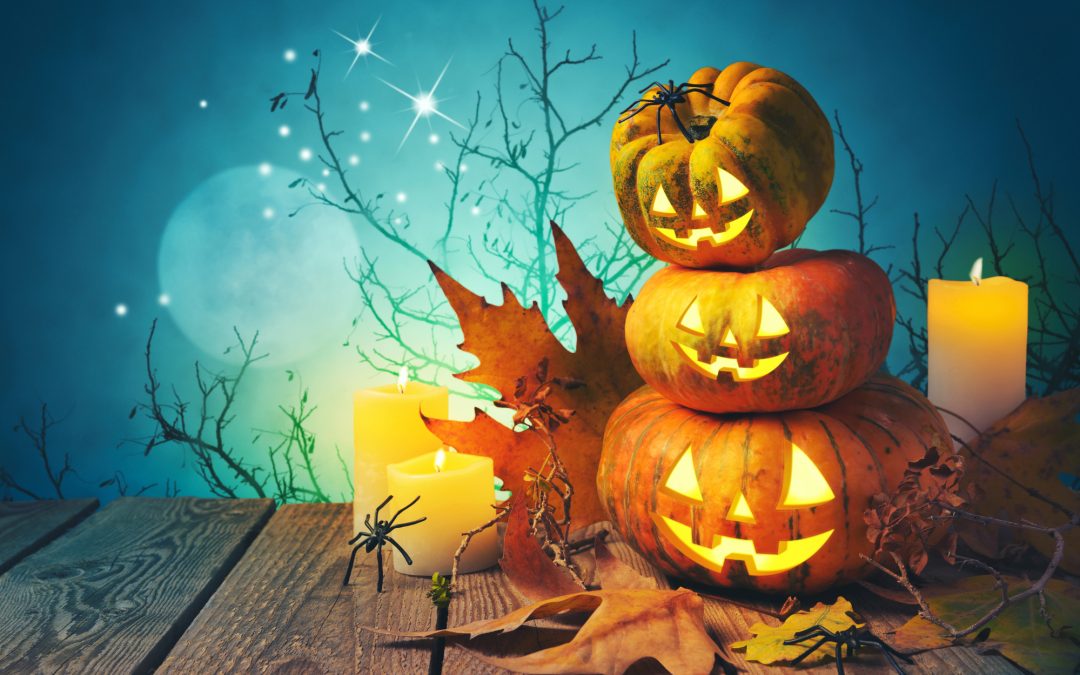 The tradition of carving pumpkins, or jack-o-lanterns, began when early Irishmen immigrated to the U.S.  According to Irish folklore, Jack was a blacksmith who had tricked the devil on several occasions. When he died, he was denied entry to both heaven and hell with the devil sentencing him to roam the Earth for eternity. In Ireland, people started to carve demonic faces out of turnips to frighten away Jack’s wandering soul. When Irish immigrants moved to the U.S., they discovered that pumpkins were more readily available and made better jack-o’-lanterns than turnips.

Why are they called Jack-o’-lanterns

They get their name from Jack in the story above. In Ireland, the ghoulish lights seen in swamps were said to be Jack’s improvised lantern about about as he “found his own hell” in the countryside. People soon substituted him and the glowing lights as “Jack of the Lantern” or jack-o’-lantern.

The tradition of Halloween originated with the ancient Celtic festival of Samhain, when people would light bonfires and wear costumes to ward off ghosts. In the eighth century, Pope Gregory III designated 1 November as a time to honor all saints. All Saints Day later incorporated some of the traditions of Samhain. The evening before then became known as All Hallows Eve, and later Halloween.  The Celts, who lived 2,000 years ago, mostly in the area that is now Ireland, the United Kingdom and northern France, celebrated their new year on 1 November.

When should you carve a pumpkin for Halloween?

It’s typically recommended the later, the better. If your main Halloween celebration falls on the weekend before or after Halloween, pick a pumpkin carving date a few days before then. You could even carve it on Halloween morning – if there are still pumpkins to be found. How long your pumpkin last will depend on weather conditions. If the weather is warm, they may only look good for about one week, but pumpkins can last longer if temperatures are cooler even without preventative measures.

Get Social With Us!